Meet a mom in America and you're sure to find a woman with a phone full of approximately 136 gazillion photos of her children. But, more often than not, they remain stuck there – in her phone, never to be seen again. Sure, she'd love to create a photo book for her family, friends and children to enjoy. But the reality is that parenting is hard. And the last thing Mom needs is another project.

This became the central thesis of our integrated campaign for Chatbooks, the hugely successful — and wildly easy to use — DTC photo book service. Commiserate with moms by showing them that we understood just how *not* easy daily life as a parent can be while demonstrating over and over again that Chatbooks is precisely the opposite.

The holidays? Not easy. Finding two minutes alone to take a poop? Not easy. Explaining the circle of life when your son's goldfish Reuben dies? Definitely not easy. Chatbooks, though? Easy. Quite simply Chatbooks is the easiest way to make a photo book.

An integrated campaign that went...basically everywhere.

Chatbooks has built its business on a steady stream of digital advertising delivered in a sweet, relatable voice. But for the most part, Chatbooks leaned towards either pure engagement social content or hard-working performance media. They had largely stayed away from more traditional channels like broadcast, radio and OOH — and they had never undertaken a proper brand campaign.

With the "You Deserve More Easy" we set out to give Chatbooks an overarching campaign idea that could live as brand-y creative that would grace the sides of buses and billboards everywhere as well as hard working :15s and highly effective digital display. Ultimately, the campaign included three hero spots for broadcast and OTT, shortform pre-roll for YouTube, 1x1 social cutdowns, and audio ads for Spotify, Pandora and podcasts. In a first for us, we also scored a full-length jingle (which you can rock out to on Spotify) and created custom sounds for TikTok influencers to employ.

A campaign this large has a lot of contributors.

A campaign this large unfolds in a steady series of productions within production — and a small army of artists and craftspeople. All of the live action OTT and pre-roll was produced, directed and edited by the January Third team and shot on location in Washington, DC. We cast children from two families that are real-life besties for maximum on-set chemistry. The photography was shot on a stage in DC by the incredible duo Kremer Johnson with fabrication by Design Foundry.

We love music  — and the impact it can have on making memorable and effective creative. But, even for us, the music played an outsized role on this campaign. We began by self-scoring a lovable mnemonic that became the calling card for the opening of all film, social and pre-roll videos we created. We worked with legendary audio boutique Antfood to score a 2-minutes long jingle that lamented the challenges of the holidays and the virtues of Chatbooks with 80s ballad bombast. With lyrics and the melody written in-house by a J3 copywriter who...was previously a professional jazz pianist.

We closed the project with a custom TikTok sound that got to sent to more than 700 influencers in the Chatbooks stable along with custom packaging and swag. 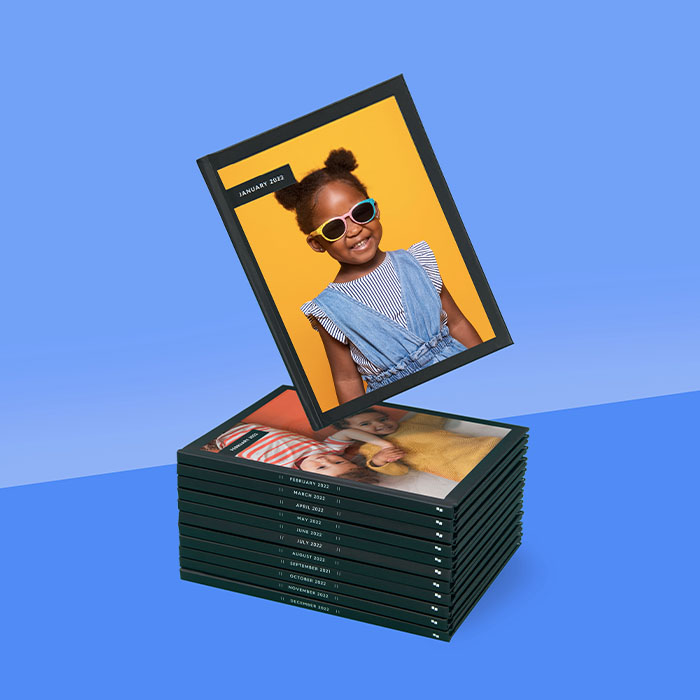 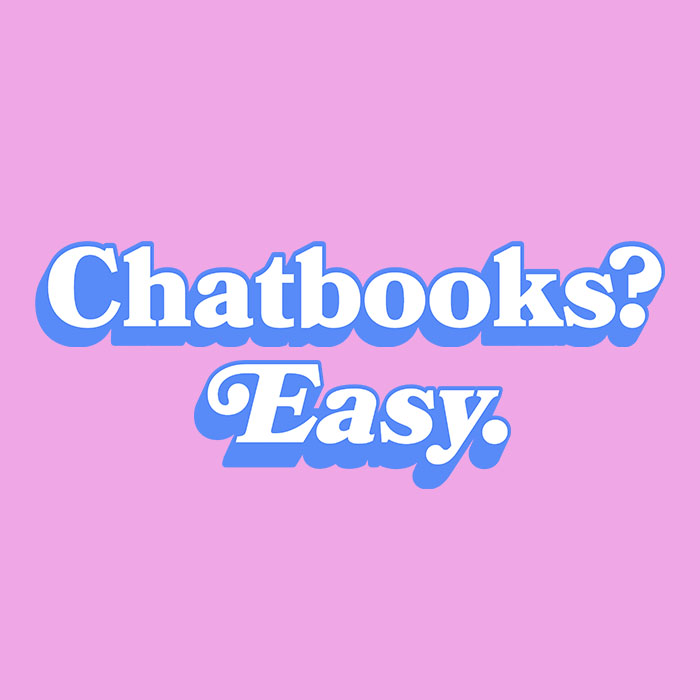 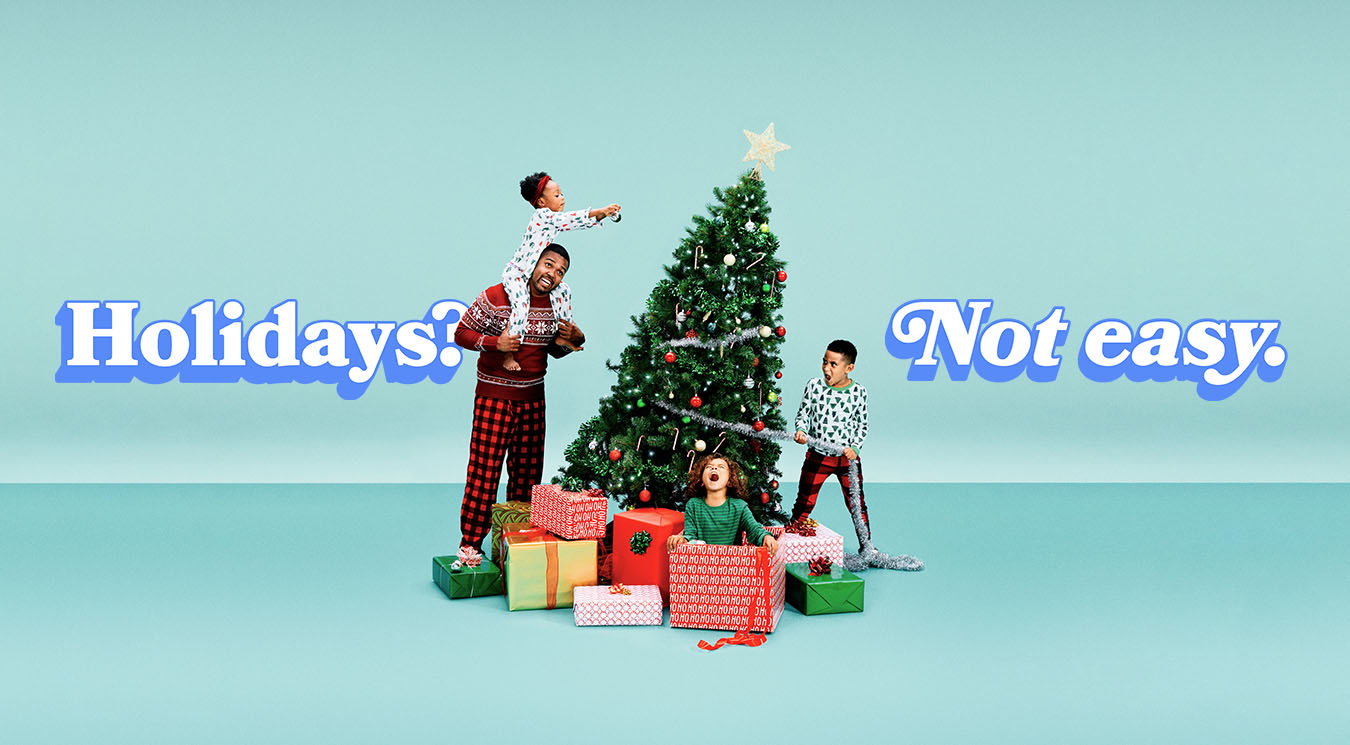 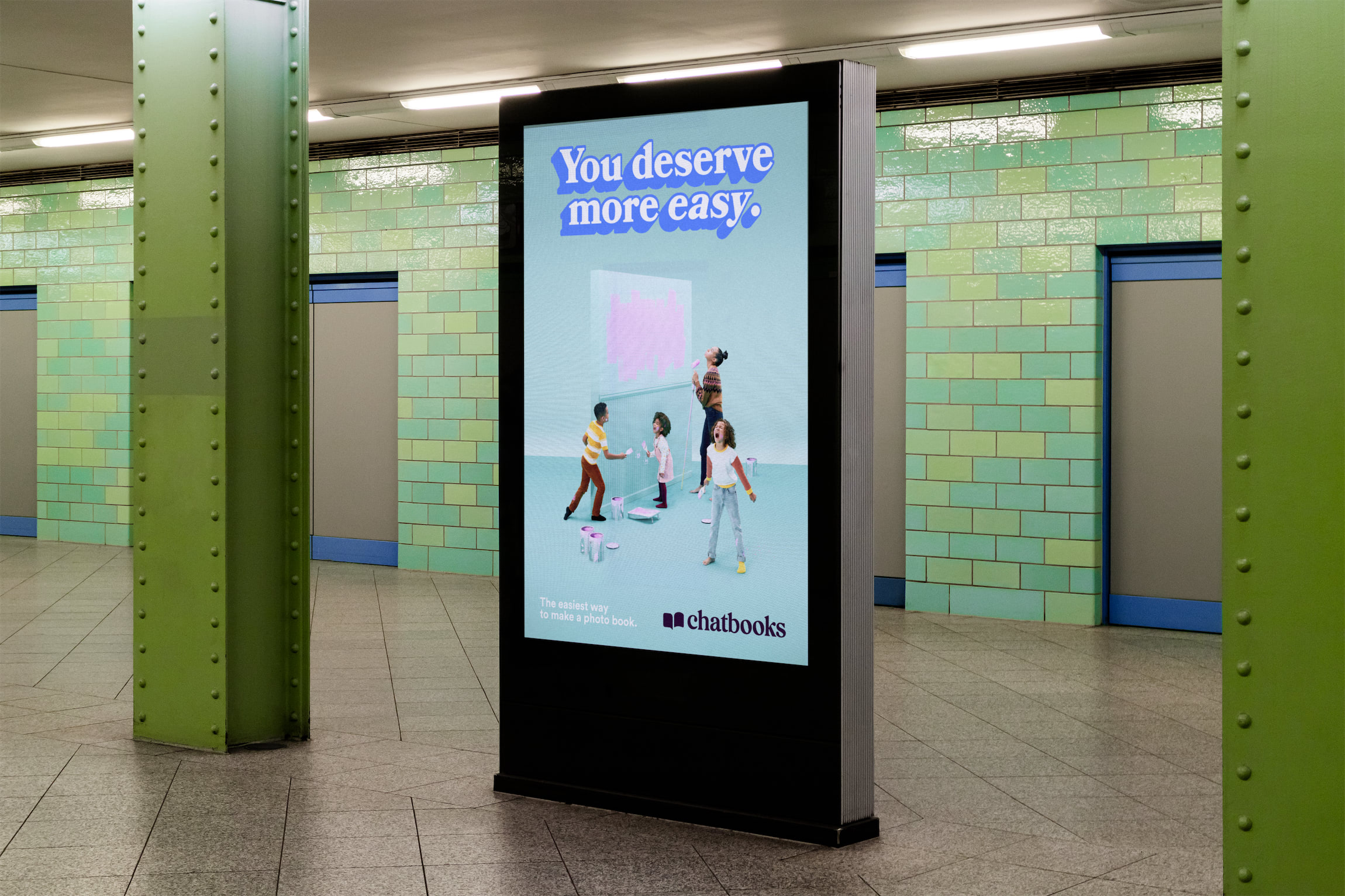 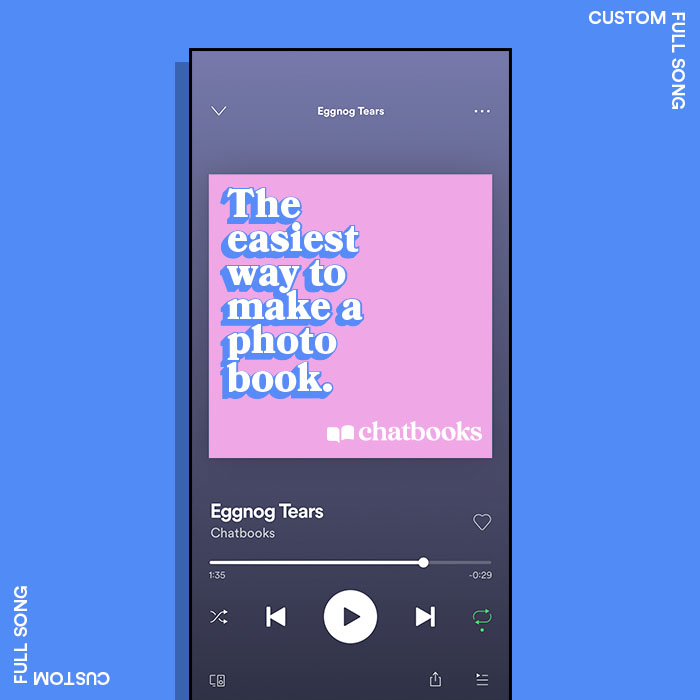 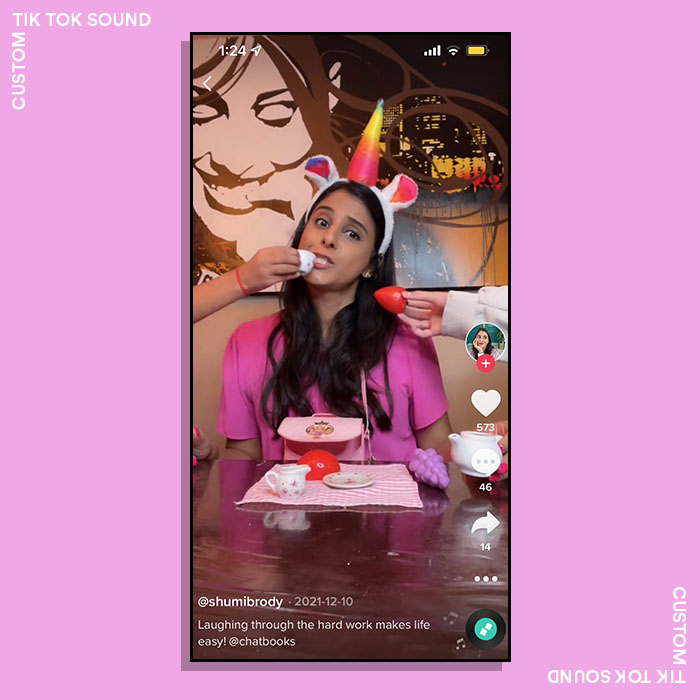 Once we had the right idea, the execution was easy...

Just kidding. The devil truly does live in the details — in this case, the precise shade of horizon line teal or the proper amount of VFX snow to float just outside the living room windows. Craft is always a battle and it takes a combination of experience and obstinance to win. But as we left creative development and began to produce the creative, we had the advantage of knowing that we had written an incredible simple, unquestionable true brand idea: parenting is really hard. Chatbooks is easy. We had total faith in the idea. It was just a matter of doing it justice.

The right team makes all the difference in finding the right idea. And that's especially true of our client partners on this one. The Chatbooks team was thoughtful, adventurous and knows their product and audience better than anyone on Earth. They were exceptional collaborators who guided our technicolor ship with a sure hand. And when you have ingredients like these, it can all feel pretty easy.